The Chaguaramas Tracking Station and the Cold War

At the end of the Radio Tower Road opens out to a flat pasture where the old Chaguaramas Tracking Station is located. The station was a secret project built by the United States in the 1950s during the height of the cold war to monitor nuclear warhead launches from the Eastern Bloc and serve as a relay station for intelligence for a counter-attack if necessary.

The station was successful in tracking objects such as Sputnik_3 and a Jupiter missile launched from Cape Carnaveral. On August 12th 1960 the station made history, successfully transmitting radio signals from Chaguaramas to New York via the Echo I satellite, it was the first intercontinental voice transmission via an Earth satellite.

Today the station is marked as a historical landmark, frequented by tourists, astrology clubs and star gazers. The station is but one site developed during the World War II era as Trinidad, more specifically Chaguaramas was a perfect vantage point for the US and its allies. 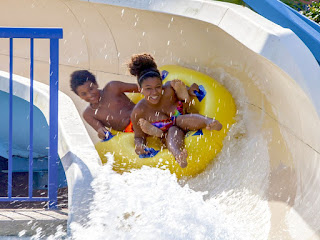